im like half tempted to give u a warning for being too cute xDDD JK JK well sorta >.>
H

[MENTION=48]Banchou[/MENTION] you better be online tomorrow >.>" not like the last time you told me to get online and you werent online yourself OTL
Che,well sure hope so, though one of the three problems will still be there tomrrow OTL cursed..

A warning? why would you need to warn someone for being cute? Eh well thank you I guess ^^
B

i dunno a distraction for everyone LOL JK

Gah I need my bed!
B

Yup yup I can imagine you not logging in XD 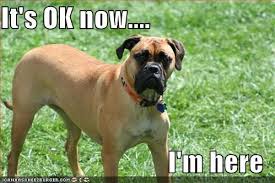 Gah why do all the Rp's have such an insane long name D: thye don't even fit in the last post thingie xD
B

HappyNisa said:
Gah why do all the Rp's have such an insane long name D: thye don't even fit in the last post thingie xD
Click to expand...
to torment you xD
H

Lol, well guess I'll need to live with it XD
If I ever gonna make an rp I'll make it have short title though D< Or like just one title and not two titles >.>" like a main title and a subtitle XD
H


ehehe guess which one had more effect XD
L

Nisa!!
Anyways ~ What would you like the one on one rp to be like? I mean what genre~ cuz I suck at story telling shit ._. xD (I mean creating those lol)
H

Hmm well I like the not to serious ones ^^ the one you can roam aroud freely~~ with not too much of a story line..
You know like we were talking about earlier.. somewhere O.O I forgot where :/
L

We talked about SO MANY rp's xD lol the summer camp thingie, the high school thingie ehm what else? I forgot the other ones.. Oh yeah! the survivor/lost thingie XD

andyeah I prefer the not so technical ones too~
H

to fit the title newbies... maybe some people who got rejected from normal society because of I dunno bad behavior or mystics powers. They enter an institute for the insane people, where they meet others like them but... the seniors aren't quite the helpfull ones? more the bullies XD making life hard

So what if one of the kids (an NPC or one of our chara's ) who claims to see ghosts tells them that there is a dark side to the institute.. namely that all patients die... coz of being experimented upon. while the family gets to hear the person commits suicide ^^

LMAO indeed! that is another idea~ xD SO MANY TO CHOOSE FROM D: Ehm I will try to come up with a draft tomorrow (because Im just deadtired tonight) and then I guess you can decide if you like it or not? Or would you like to do the introductionary story~ Because Im fine with that too =D I'd enjoy anything really
H

Well I like the title and it would be nice to only let in newbies as the newbies and seniors as the seniors XD
*chuckles* but that would be mean huh? XD

UHm well I guess i can also make a draft on an introcutionairy story, but then I wont have it till saturday (got school +work tomorrow and today I'm deadtired aswell XD)
Well be sure to tell we want no more than 4 people at most XD (including the two of us xD so like 2 others... the rest will be NPC's anyone can control lol and we a bit more than the rest or just one of us a bit more than the rest to put in some storyline when nneeded XD)

Hmm alright~ Ill do some thingies~ Maybe multiple and see what is best? dunno D: I have the day off tomorrow and hopefully nothing will come in between Q.Q